In 1959, to the surprise of almost everyone, Pope John XXIII announced his intention of convoking an Ecumenical Council, the twenty-first such council in the history of the Church.
The Second Vatican Council met in four segments, from Fall 1962 to Fall 1965, under the leadership of Popes John XXIII and Paul VI. 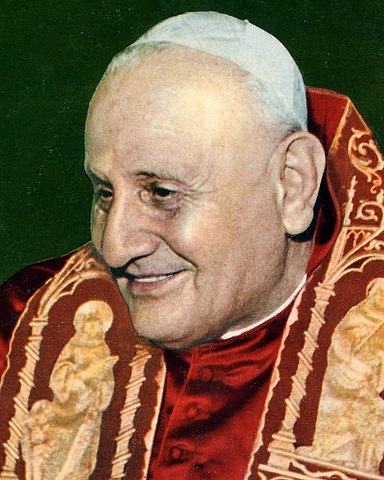 Five points of Pope John XXIII for achieving the pastoral renewal of the Church
(from his opening address on Oct. 11, 1962, as summarized by the United States Catholic Catechism for Adults, pp. 21-22): 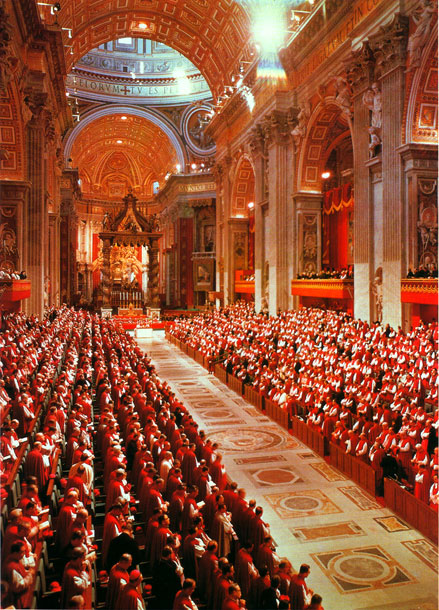 The Sixteen Documents of Vatican II:

The bishops assembled at the Second Vatican Council debated, amended, voted on, and eventually approved and published sixteen documents covering a wide variety of topics, some on internal ecclesial issues and some on the relationship of the Church to various other people in our world. The four largest and most important documents are called "Constitutions," while the shorter documents dealing with more particular issues are either called "Decrees" or "Declarations." These documents are foundational for a proper understanding of Catholic Christianity today, but are still in the process of being implemented fully. 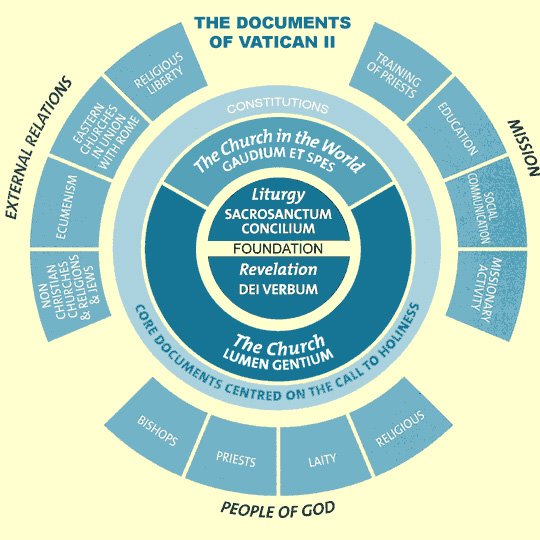 The Interpretation of Vatican II:

In 1985, twenty years after the conclusion of Vatican II, the Second Extraordinary Synod of Bishops met to reflect on the importance and the implementation of the teachings of the Council. The Synod's "Final Report" includes several criteria for the proper interpretation of the Documents of Vatican II: